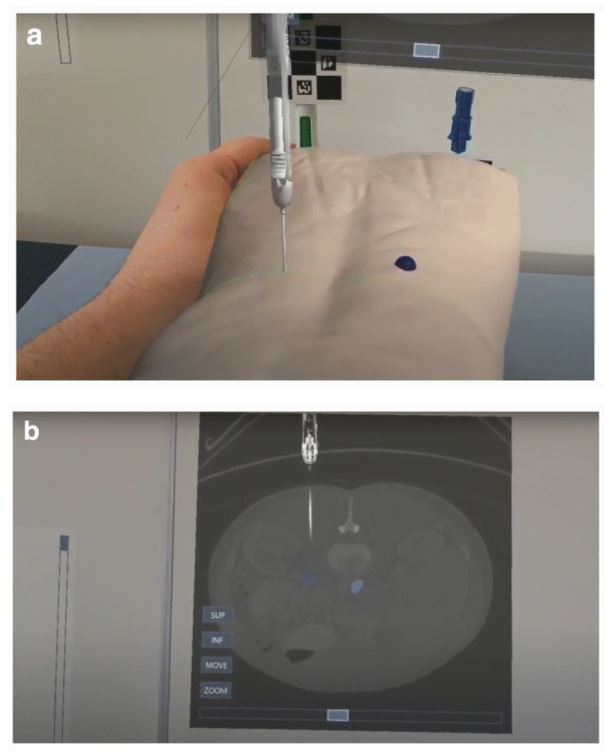 As a junior radiology trainee, when I was not in the reporting room or on the wards doing portable ultrasounds, I found learning CT procedures a daunting task for the first time on a patient. This Halsted method of training, whilst effective, is expensive, takes a long time to achieve competency and can be a stressful experience.

Simulation training, for example, in aviation where it has greatly improved passenger safety, has transformed surgical training with many useful surgical simulators now in use. Simulating a CT procedure usually involves a working CT scanner with a radiographer and a phantom. This can be expensive and exposes trainees to a radiation dose, albeit small.

We developed a radiation-free alternative CT biopsy simulator using an augmented reality head-mounted display. A pre-segmented patient was selected from The Cancer Imaging Archive (TCIA) database and a virtual model of the torso and lymph nodes was created. A physical biopsy phantom made from agar-agar jelly and biopsy needles were used to simulate tactile feedback from tissue. Biopsy needles and the phantom were tracked in space using ChArUco markers so that holographic models could be superimposed onto the operator’s view.

When the biopsy procedure commenced, the needle was tracked through the front-facing camera in the HoloLens and a corresponding CT image containing a simulated biopsy needle was displayed when the user said the command word “scan” using the built-in voice recognition. This recreated the usual CT procedure of scan, adjust then advance needle.

Feedback from the experiment was very good, with all participants enjoying the session. 82% felt it was a good addition to their training and 75% felt more confident at performing the procedure after the training session. 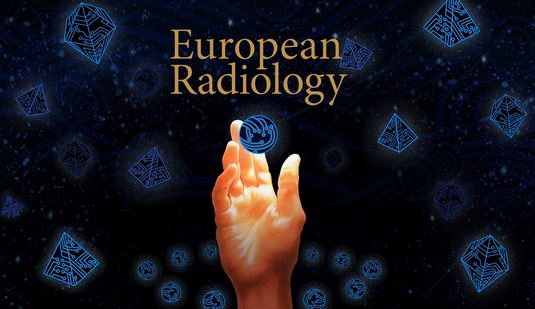